Millions of tourists visit Barcelona each year, choosing to stay in apartments advertised on short-term letting platforms and playing an unwitting role in the city’s growing housing crisis. Each home taken out of circulation for local people to rent increases the pressure on affordable housing in Catalonia, which currently has a shortfall of 170,000 homes. As unemployment rises and incomes fall, those who do have a home are at increasing risk of eviction and homelessness.

The Viviendas para las Entidades Sociales project increases the supply of affordable housing in the region by acquiring and renovating empty homes or securing leases and offering them to charities working with vulnerable people. The project is run by Habitat3, which renovates the homes in collaboration with local social enterprises who train socially excluded people to help them find work in the future. Habitat3 manages the homes and the charities select the tenants, providing ongoing support in areas such as mental health, drug addiction, disability, gender violence and migration.

Currently, 99 renovated homes are managed through the project, providing a home for 187 vulnerable tenants. Habitat3 is working with Barcelona City Council and the Catalan Government to ensure it can provide more homes and give more people the opportunity to build a better life.

Since the global financial crash in 2008, Spain has struggled to meet housing need.

The country’s construction boom came to a sudden end and rising unemployment and falling incomes have left many people with mortgages or rents they are unable to pay. This has led to increasing numbers of evictions, as homes are repossessed by banks, and a growing number of vulnerable people who are at risk of homelessness.

In the autonomous region of Catalonia, the shortage of affordable homes is particularly problematic – just 2% of the region’s housing stock is destined for social rent (the European average is 15%). Around 60,000 affordable homes are available to rent but 230,000 are needed. At the same time, 450,000 homes lie empty.

In Catalonia’s capital city, Barcelona, the popularity of short-term lettings has heavily impacted the supply of homes for local people, as more homeowners choose to generate income by renting their properties to tourists instead.

In 2015 a project was launched to tackle the dire shortage of affordable homes in Barcelona and the surrounding region. Viviendas para las Entidades Sociales (Homes for Social Organisations) provides affordable housing for the most vulnerable members of society, alongside the support they need to maintain tenancies and develop an independent lifestyle.

The project is run by Habitat3 – a social housing provider and manager – in collaboration with multiple social/non-profit organisations. Habitat3 was established in 2014 in response to the growing housing crisis. It is a private foundation driven by the board of Taula d’Entitats del Tercer Sector Social de Catalunya, which represents more than 3,000 non-profit social organisations across the region. Habitat3 also manages social housing programmes (including 345 homes) for seven local authorities.

The project in practice

Charitable organisations belonging to the Taula d’Entidades del Tercer Sector assess the housing needs of each of their clients through an application form, so Habitat3 can source the right houses, in the right locations. Habitat3 is the only foundation in Catalonia that offers its properties to such a wide range of charitable organisations. So far, it has worked with 28 charities across Barcelona and the surrounding area.

Once renovated, all interested organisations visit the property before confirming whether they want to be considered to take on the tenancy. The apartment is usually then transferred on a temporary contract to the organisation or, in some cases, directly to the resident. Habitat3 manages the properties, while the charities are responsible for choosing the tenants and providing them with ongoing support once they have moved in. The scope of the charities involved varies widely, from mental health and drug addiction, to disability, gender violence and migration.

Of the 100 properties currently managed under the Viviendas para las Entidades Sociales programme, 13 are owned by Habitat3, 24 have been obtained by temporary transfer of use from private administrations or foundations, and 63 have been transferred from the Catalan Government.

The amount residents pay in rent depends on their income and ability to pay. For example, for housing acquired through ICF financing, the rental amount is calculated as 15%, 20% or 30% of the family’s income. If the amount of rent the resident pays does not cover the amount of the loan, a subsidy from the Catalan Government pays the difference.

The Viviendas para las Entidades Sociales project has two main beneficiaries: residents and those who renovate the properties. By working with social enterprises to employ socially excluded people to carry out refurbishments, the project helps people gain skills that can help them find work and secure an income. For the residents, housing is made both more affordable and accessible, and once in accommodation they are offered ongoing support to become an integrated and independent member of the community.

The project is also making an impact at regional level. In 2017 Habitat3 carried out a study looking at ways to increase social housing stock in Catalonia and made a series of proposals to the Catalan Government. Later that year, the Government introduced financing for the purchase of housing through a framework agreement between the Housing Agency of Catalonia (Government of Catalonia) and ICF (the public financial institution owned by the Government of Catalonia). The study also contributed to the Catalan Government’s development of a financial model that helps charities acquire properties from financial organisations through the right to first refusal.

Habitat3 is keen to promote environmental sustainability through its work and research shows that its method of refurbishing empty homes offers greater environmental benefits than demolition and new construction. The organisation is carrying out a project to improve the energy efficiency of the eight properties it bought in 2019, which are currently being renovated.

In collaboration with Barcelona City Council, Habitat3 is carrying out a number of training and analysis sessions to educate residents about energy and water-saving measures, as well as to identify low-cost ways to improve the energy efficiency of its properties. Training on water-saving methods has also been given to residents of the Sant Eloi apartment building.

In 2018, Barcelona’s annual city poll found that housing was the primary public concern. Habitat3 continues to acquire empty properties to renovate and offer to non-profit organisations for social rent. Its strategic plan for 2019 estimates an increase to 500 homes in total – 150 under the Viviendas para las Entidades Sociales project and 350 through local authority social housing programmes.

In March 2019, the Barcelona Consortium on Housing (formed by Barcelona City Council and the Catalan Government) renewed its agreement with Habitat3 to continue the renovation project. The two administrations committed €19 million ($21,589,605 USD) to the project over the next four years. They aim to include at least 76 apartments for Housing First, providing long-term accommodation for rough sleepers.

Alongside its scaling up of the Viviendas para las Entidades Sociales project, Habitat3 has also developed a housing programme specifically for people with mental health issues in Baix Llobregat, following a proposal from a group of mental health organisations working in the area.

With this kind of unique collaborative approach, Habitat3 is slowly increasing the supply of affordable housing for vulnerable people in a region where it is desperately needed. By ensuring residents receive support to stay in their homes, the project gives each individual the chance to build a new and independent life, free from the fear of eviction and homelessness. 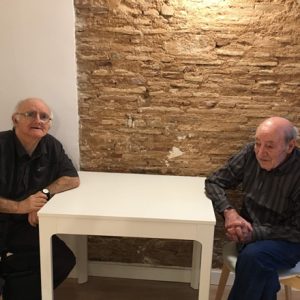 Juan Carlos and Salvador live in an apartment through the Habitat3 programme. They are supported through an initiative for people with few economic resources in the Gothic area of the city, so they can remain in the neighbourhood in affordable rental housing.

I had always lived in pensions and rented rooms in the area of Raval Sur. For 10 years I lived in the Pension Lily, until the owner died and it closed.

Then I had to live in a room elsewhere for five months. I had a really bad time, there was a lot of dirt and the windows were broken. I lived among cockroaches. The owner forced me to turn off the light at nine o’clock at night. It was a very hard few months.

When my father passed away, I was left with nothing. My relationship with him was very good, we did a lot of things together. I loved him very much and he was a very important figure to me. A lot of my problems were aggravated as a result of his death. I had no friends or other family ties, as my brother had left home when he was younger. I went to Social Services to ask for help because I was sleeping on the street and I had nowhere to go to eat either. I met my social worker who, with other professionals, helped me access a home.

I have also regained contact with my brother. He lives in Madrid and has a wife and a son.

I am very grateful for all the people who have accompanied me throughout the process because without their support I do not know where I would be. They are all very good people and I have a great appreciation for them. I’m very happy to have them by my side.

I find it hard to believe that I have my own flat where I’m the one who sets my rules, always respecting my flatmate. This for me has represented the end of the process of rebuilding my life. Now I have a bookshelf for my books!

Salvador (pictured right) is 80 years old, born in Zaragoza. He came to Barcelona when he was 19 years old.

I have never had family relationships. My mother died within a few days of my birth and my aunts left me living on the street when I was young.

I have always lived in pensions and rented rooms in the Southern Gothic area; the last one was in a flat with some people who misused drugs and lived in unsanitary conditions. There were parasites and a lot of dirt. The situation was very harsh and uncomfortable.

I suffered health problems and because of the conditions at the flat, I was admitted to a social health centre for three months. I was no longer able to carry out daily activities independently.

I spent the day in bed unable to move and someone would come every morning to help me and bring me breakfast and meals.

In 2018, after a lifetime of insecure housing, Juan Carlos and I signed the lease of our new apartment. 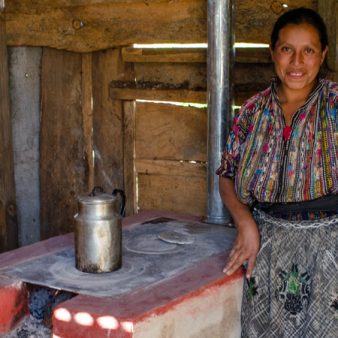 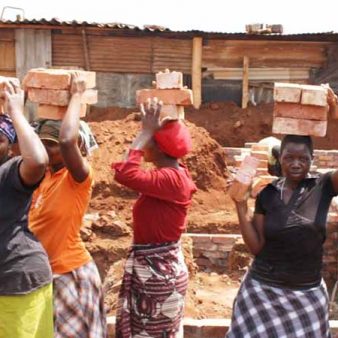 14 hours ago ‘Whether in the UK or the developing world, we're not all in coronavirus together’ https://t.co/r8oke4LhGz @kenanmalik