The Housing Cooperative Ludwig-Frank is an outstanding and innovative example of how a dilapidated residential area, housing a multi-cultural population from 15 different countries, can be transformed into an attractive and habitable district through cooperative self-help and solidarity. The project demonstrates that genuine renewal of an area cannot be achieved simply through technical improvements, but that social and cultural development is a key aspect of inner city renewal.

The residents of 400 dwelling units in dilapidated blocks of flats, got together to try to persuade the city council to abandon their plans to demolish and rebuild the blocks since this would dramatically increase their rent levels and was seen as a waste of resources since it would create no extra houses.

A series of meetings was held with the residents, establishing the cooperative principles of self-help, self-administration and solidarity and in February 1990, a housing cooperative was formed. Against official expectations, residents were prepared to participate in the cooperative by contributing their own financial resources in the form of buying shares as well as providing voluntary service. At the end of 1992, 392 of the 400 residents were members. The remaining eight households participated in the joint work with the other residents but did not wish to establish membership.

Establishing a housing cooperative was seen as a way forward, enabling the residents to be responsible for gradually improving the quality of accommodation using the rental income.

The 400 dwelling units were in ten five-storied blocks. Extensive improvements were carried out on the dwellings, particularly with a view to improving their energy efficiency. Single glazing was replaced with double glazing and roller shutters and new interior and exterior window sills were provided. Full heat insulation and cladding completed the insulation works. Sanitary facilities including supply and disposal systems were replaced and central heating was provided, linked into the municipal district heating system. Door entry systems, renewed staircases, new letter boxes and replacement balconies helped provide a much improved quality of life for residents.

Considerable work was also carried out on environmental improvements in the area, the most spectacular of which being the removal of 800 tonnes of asphalt and rubbish by German and American military engineers to create a new green environmental area in the centre of the district. The material removed was processed and later re-used for building roads. Work was completed towards the end of 1993, much earlier than had been planned. Originally it had been expected that the work would take five years, but once underway there was pressure from the residents to get the work completed as quickly as possible, particularly from those whose improvements were near the end of the schedule.

The cooperative managed to rehabilitate the dwellings at a cost of DM 35,000 (US$20,000) per dwelling. It would have cost more than four times this to demolish and rebuild them, with obvious implications for the rent levels. After much political debate and wrangling it was decided not to demolish the dwellings but instead to give a subsidy of DM 12,500 per dwelling from the city authority, a far cry from the cost of new construction, estimated to be DM 80 – 100,000 per dwelling.

The cooperative is also mobilising private capital for housing purposes. There are now 600 members of the cooperative. Of these, approximately 120 are individuals or companies, which support the cooperative without having a dwelling unit. These are termed promoting members and their shares amount to DM 375,000 (two per cent of total shares). A total of just over DM 1,450,000 has been raised to date i.e. a credit balance of almost DM 2,240 per non-promotional member. This is a considerable achievement since many of the members find it difficult to find extra money to improve the building above and beyond their rent. This money is used for the maintenance and rehabilitation of the dwellings. Although rent levels have increased since the modernisation has been carried out, they have been modest compared to what they would have been had the blocks been demolished and rebuilt and have been discussed and agreed with all members of the cooperative. In 1993, the rents were DM 4.5 per m2 per month, as compared to DM 8.0 for new social housing available elsewhere in Mannheim and a city-wide average of DM 6.0 per m2 per month for all social housing. One of the ways in which the cooperative was able to keep down the costs of rehabilitation was by requiring that all internal decoration in the dwellings be done and paid for by the residents. The residents either did the work individually or with the help of neighbours.

Even though the municipal housing authority has retained the right to allocate half of the tenancies, there has been little change in the ethnic structure of the dwellings. Some of the previously vacant dwellings have been occupied by families who were living with relatives in the habitable dwellings in the blocks, thus retaining a close sense of community and solidarity. No problems are experienced between Serb and Croat, between Kurd and Turk. Peace and understanding are continually promoted through joint action in the various activities and daily life of the cooperative.

Priority was placed upon the provision of a community centre to act as a focus for social and community activity. It and has both paid and volunteer staff helping to provide a range of courses and training schemes, including language courses for the many different nationalities housed in the project. Support is received in particular from a municipal youth group and an Adult Education Centre.

The programmes for residents currently available include:

In addition, the facilities are used for the weekly meeting of residents and any social events taking place in the community. It is expected that by enabling the foreign residents to speak the language better and achieve better school results there will be a reduction in the level of discrimination and prejudice against the foreign residents. Residents are gradually overcoming their isolation, gaining in self-confidence and beginning to take part in cooperative and other local activities.

Particular emphasis is placed upon educating the women residents and in helping the children, both at kindergarten age and when they first join school, in order to help them overcome the language barriers and avoid being disadvantaged at an early age. Homework supervision is provided for 38 children. All services are provided free of charge to residents. A Sponsorship Committee is responsible for obtaining donations from local companies and other organisations, together with the membership fees which are used to fund these courses and events. In addition to working in the community centre, volunteer workers also helped to look after the grounds, saving considerable maintenance costs for the cooperative members.

The project has been visited by many housing organisations within Europe and has received a great deal of media attention, at both national and international level as well as at the local level. The aspect of the project which is seen as particularly valuable is the work that is carried out in integrating the 15 different ethnic groupings and helping to awaken understanding and tolerance in the neighbourhood. The opportunities provided to share leisure and cultural programmes is seen as crucial in this process. The work of the cooperative is seen as a fight against xenophobia in Germany. By improving the economic, cultural, social and political conditions the cooperative is awakening understanding and tolerance in the neighbourhood. The self-help projects encourage people of different origins to live together peacefully in society by offering leisure and cultural programmes which foster integration and understanding. 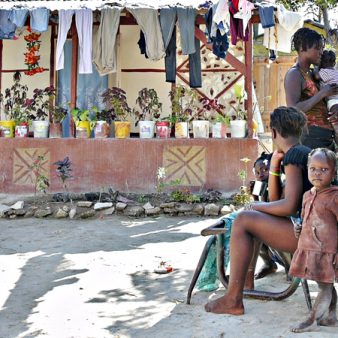 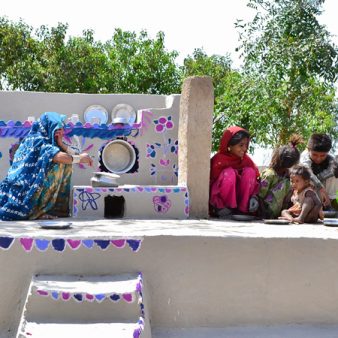 5 hours ago GUEST BLOG: Dave Davies from Torbay's new #HousingFirst team blogs about their visit to #Amsterdam to learn from th… https://t.co/i65nV2vHEs