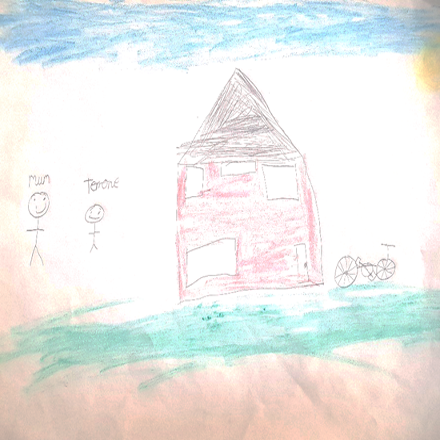 An innovative approach to providing homes for vulnerable women and children with no access to public funding in London has been named a Finalist in this year’s World Habitat Awards.

Praxis and Commonweal – no recourse to public funds housing is run by human rights organisation Praxis Community Projects in partnership with the charity Commonweal Housing. It helps single women and migrant families with children who are at risk of exploitation and homelessness, by providing them with safe, free accommodation and immigration support and advice.

Thousands of people arrive in the UK each year seeking a new life away from conflict and persecution in their homelands. Many become destitute during the asylum process or because they have other problems with their immigration status and they are not permitted to work or receive financial support in the form of welfare benefits or mainstream housing provision.

Commonweal Housing secured £2.3 million from social investors to purchase seven houses in London, which are leased at below market rate to Praxis. An eighth house is leased from a private landlord.

Local authorities have a duty to support No Recourse to Public Funds families with children and pay Praxis a nightly rate for its accommodation. Praxis uses this income to pay the rent on the properties, fund the housing team and subsidise the spaces for single women who are housed in the single rooms at the properties. As part of the service, residents also have access to free immigration advice and support groups provided within Praxis.

Since April 2015, the project has housed 106 people (including 60 children) and has helped to resolve the immigration status of 60 people, ensuring a more secure future for these highly vulnerable individuals.

Rosie*, who was referred to Praxis by the British Red Cross when she was almost seven months pregnant, said: “I was sleeping on the floor of a shop whose staff would let me in before they locked up at night and would let me out when they opened up in the morning. I was in contact with the Red Cross who were helping me access legal advice and they were also helping me submit an asylum application. Praxis met me for an assessment the morning after the referral was received and gave me somewhere to stay that same day. Being in Praxis accommodation gave me some physical comfort in a safe place at a time when I was struggling with pregnancy-related aches and pains, exacerbated by sleeping on a hard floor.”

David Ireland, Director of World Habitat, said: “This is a really impressive financial model that provides some of the most vulnerable people in the UK with safe and secure housing.”

The World Habitat Awards Advisory Group said: “Their integrated approach is valuable in addressing the issues faced by migrants in the UK. They have the courage to try to address the issues refugees are facing in a creative way, in relation to hostile environment policies we are seeing. They have managed to find an existing revenue stream and make it work even harder by cross-subsidising for those with no access to funds. This addresses an urgent need and has achieved some impressive results against the odds.”

*Name has been changed.

6 hours ago Dogu claimed his right to land thanks to @ActionAidIndia #WorldHabitatAwards project in #India… https://t.co/k9a9R8RPo9