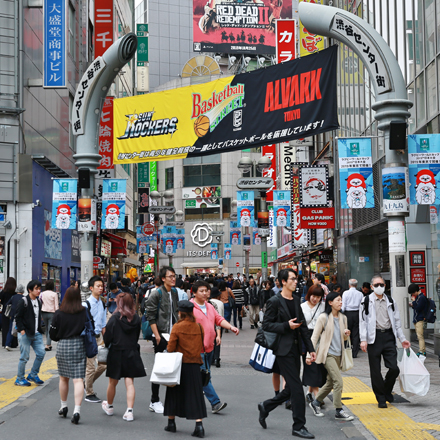 Let me tell you about Binh. I met her last October on a visit to see non-profit Little Ones’s housing project in Tokyo. Binh is originally from Vietnam but has been living in Tokyo for many years. She came to Japan in 2010 to study and started working for a Japanese company after she graduated. She eventually met her boyfriend and got pregnant, but their relationship broke down and she was left to raise the baby on her own.

“When my daughter was born, I was struggling to take care of her and do my work. My only option then was to leave her with my family back in Vietnam. I regretted this decision so much. I got depressed. The only thing I wanted was to have my baby back with me in Japan.”

After six months of being away from her daughter, Binh eventually decided to change her job and work fewer hours in a smaller company so she could have more time with her child. She eventually brought her back to live with her in Japan. Her daughter is now four years old and they live happily together in a newly refurbished home in Tokyo.

Binh’s story has a happy ending, but it wasn’t an easy journey. As an immigrant and mother myself I know very well the challenges of raising a child in a foreign land so far away from family. But I am fortunate enough to have a partner who always has my back. Binh’s strength to be raising her child on her own is admirable. Even more so in a country that has such a stigma against single mothers.

Single mothers like Binh are indirectly discriminated in Japan’s housing market. All private tenancies in Japan require a guarantor, this is a person who will be liable for the rent if the tenant doesn’t pay. When couples live together one partner is usually the tenant and the other the guarantor. Single mothers don’t have this option, and unless they have other family support, they will find it almost impossible to rent a home. In addition, rents in many parts of Japan are high and difficult to afford in a household with just one salary.

Binh struggled to find a place to live in Tokyo due to high-rental fees and the guarantor requirement. It was only through the help of Little Ones, a Japanese non-profit organisation, that Binh managed to find an affordable home for her and her 4-year old daughter.

Little Ones is working hard to combat poverty and stigma against single mothers in Japan. Established in 2008, it’s the first and only organisation in Tokyo to provide housing and living support to single mothers. It also acts as a guarantor for them in rental agreements. This means that Little Ones guarantees to pay the rent if the single mother tenant should fall into difficulty meeting the payment. Its provision of support extends from helping single mothers find a suitable home to searching for employment opportunities and connecting them with others in a similar situation.

Little Ones is also helping to address another major issue in Japan – its glut of empty properties (known as ‘akiya’ in Japanese). There are over eight million properties left abandoned by owners across the country.  By working closely with local and metropolitan government, and real estate companies, Little Ones runs the first ever project in Japan to provide affordable housing for single mothers by renovating abandoned or vacant houses.

Over 200 single mothers have been housed by Little Ones in Tokyo and a few other cities in Japan. There are, however, over a million single mother households across the country. What Little Ones has achieved so far is quite small compared to the scale of the problems it’s trying to address. But it is a vital step towards wider public awareness of the issues and establishing change for the better. And there is huge potential for this project to be scaled up across Japan.

Encouraging policies have recently been put in place by the Japanese government to provide affordable housing to low income people who are often denied housing in the private market.  These include funding the renovation and reuse of vacant properties and enabling organisations such as Little Ones to provide rental housing and living support to vulnerable groups, e.g. older people, persons with disabilities and single parent households.

The people we met during our trip – government officials, real estate companies, single mothers, property owners and staff members of Little Ones – were all very positive about the project and hopeful that it will bring positive changes in Japanese society. Little Ones goes beyond housing provision. It helps single mothers to build a stable foundation for a better life and a safe place for their children to grow. With the rise in child poverty in Japan, it is even more important that such efforts are celebrated and further bolstered to break the chain of poverty of generations. Empathy and acceptance of single mothers as valuable members of society would also be a good start.

6 hours ago Dogu claimed his right to land thanks to @ActionAidIndia #WorldHabitatAwards project in #India… https://t.co/k9a9R8RPo9