The impact of the European End Street Homelessness Campaign 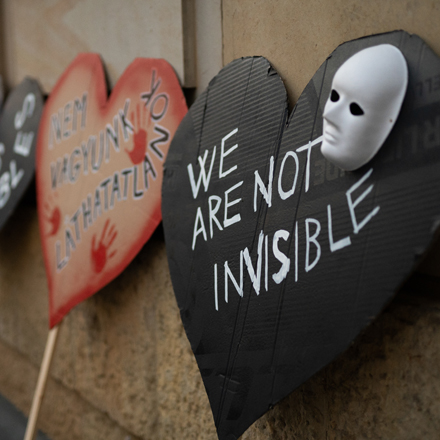 Finding long-term homes, including 163 independent Housing First units, for people sleeping on the streets is one of the principal impacts of the campaign. This and other achievements are detailed in an Impact Report – published today, Monday 24 June 2019 – covering the campaign’s first three years (2015 – 2018).

The European End Street Homelessness Campaign, which brings together local organisations from cities across Europe, has:

“We thought it was vital to be part of the driving force piloting this European campaign. We thought the campaign clearly connected with us as an organisation through an approach based on transformation, change and citizen mobilisation… aimed at learning more about the reality of homelessness and about homeless people, linked to an effort to change the system.”

“Safe and secure housing is a human right and street homelessness is the most extreme form of housing exclusion.  We started this campaign to stop ‘managing’ street homelessness and start the process to end it. We’ve worked with organisations in several cities across Europe because we know how communities are often best placed to tackle the most difficult housing problems and find their own solutions, often in the most challenging circumstances.

“Already we’re seeing really positive outcomes – as detailed in this report – and ways of working that could be transferred to other cities. Progress may be frustratingly slow for many, but the first hurdles are so often the hardest to overcome. And this Campaign will keep pushing until street homelessness is ended, and the most vulnerable people in our communities are provided with a home with which to start living to their full potential again.”

If you would like to keep up-to-date with the campaign, please sign up to our e-bulletin here.